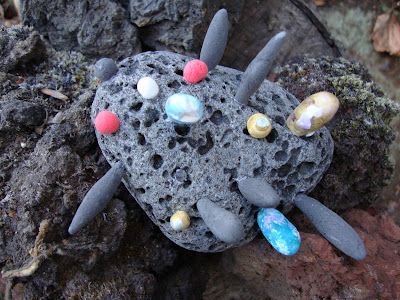 Thórunn Bára explores conveying a perception of an uneasy relationship between nature and culture in her native environment of Iceland, a lack of understanding of interdependency of all things in the natural world.

She believes art has a place in facilitating the spectator to orientate themselves by having a closer look and using his or her own experience and thus having a chance to experience a collective responsibility for nature.

Lichens and mosses are considered low plants and often overlooked but they do have a pioneering role in the evolution of life by preparing the soil for rooting of higher plants and hence are both signs of the beginning and the end of civilizations.

Geological fillings in ordinary stones deep in the earth have long been sought after in our culture.

Manmade material meets objects from the natural word in a nonchalant way.

curated by THE WOT

View my complete profile
How to get in contact
windowontalent@hotmail.com
faith.e.limbrick@eca.ac.uk
Each work is copyright of the artist.